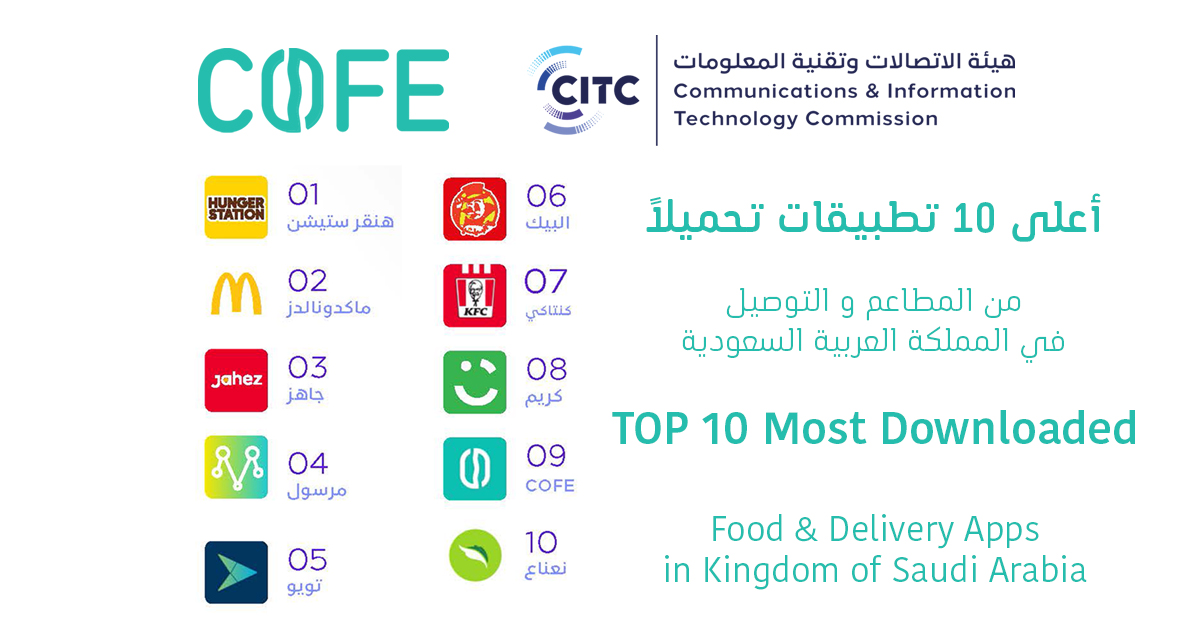 Although COFE was only launched in KSA in 2020 amidst a global pandemic the app has used the opportunity to connect with coffee lovers through its various international franchises as well as specialty coffee partners. In 2022, just as the Saudi Ministry of Culture announced it to be the Year of Saudi Coffee, the platform also seems to have moved into a faster gear. Where at the beginning of the year it acquired Kaffeen, a KSA based coffee pickup platform, it also recently joined in the government’s effort by giving Jazan farmers a platform to highlight the region and its world class Saudi Khawlani beans.

What is perhaps most noteworthy about COFE App’s consistent growth in the Kingdom is the fact that it is among a handful of second-generation apps standing with industry giants like Hunger Station, Careem and Jahez to name a few. According to sources only 20% of the company’s business actually comes from delivery while the rest is owed to unique order fulfillment types like counter and car pickup, express delivery at office, airport, etc.

The entry of a concept like coffee into this category is testament to the public’s appetite for specialized marketplaces, a proof of concept for the growth potential of the coffee market itself. Even though the platform serves a niche audience, it has managed to hit the nail when it comes to emerging trends in an economy that is becoming increasingly internet savvy with each year.

Commenting on the CITC report, COFE Founder & CEO, Ali Al Ebrahim said, “It is always amazing for your efforts to be recognized. KSA has always been a very crucial market for us and we are glad that coffee lovers are enjoying the platform. We hope to highlight the Saudi culture of COFE and are hoping that the world will soon be talking about KSA as the new coffee capital of the world.”

As of 2021, 98% of KSA’s total population, which is a little over 35 million people, access the internet through their mobile phones. The highest internet penetration is seen in Al Medina, however even at its lowest rate of penetration, which is in the Northern Borders Provinces internet is accessed by 96% of the people.

When it comes to user profiles, the ratio between male and female users is relatively similar, with the majority of the users being between the ages of 20 – 29 years. Given the tech savviness of this age group it is no doubt that platforms like WhatsApp, YouTube, Snapchat, Twitter and

Instagram are widely popular also providing fertile grounds for app based businesses to grow and succeed.

As KSA transforms into a digital growing economy with a focus on locally grown coffee beans this might just be the next big thing in the evolution of the global coffee market. Where once coffee went from Yemen’s Mokha Port to the world, history may just repeat itself only with a technological twist!